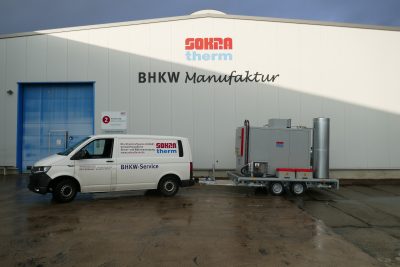 Due to Russia’s massive and deliberate attacks on Ukraine’s energy infrastructure there is a significant need for electricity and heat generation capacity in the country. The city of Kharkiv is particularly affected by this because of its importance as Ukraine’s second largest city and its geographical proximity to the Russian border. In autumn 2022, the federal German enterprise GIZ awarded SOKRATHERM GmbH with the delivery of five mobile combined heat and power (CHP) units to Kharkiv.

Since the construction and installation of the first mobile CHP unit in Hiddenhausen in 1995 we are considered the inventor of this type of cogeneration units. It is a CHP unit mounted with all its accessories on a trailer and therefore can generate heat and power at different locations. We do not only have lots of experience and reference projects with the extremely efficient and reliable CHP mobile units, but were also able to realise particularly short delivery times in order to provide the necessary support this winter. „We are happy and proud to have won this contract. This way we can make a meaningful contribution to helping the people in Ukraine with our cogeneration units and alleviating the suffering,“ comments our sales manager Joachim Voigt. 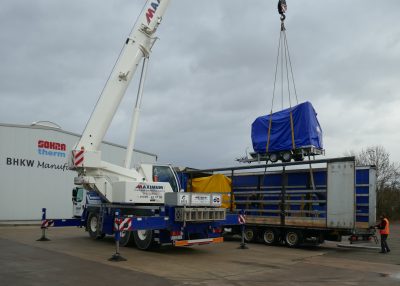 The first two mobile GG 70 VR compact CHP units have already arrived in Kharkiv and three more will follow in February. They are fitted for grid-parallel and island operation, which means they can operate in parallel with the grid as well as supply the most important power consumers take of the emergency power line in the event of a grid failure. Unlike pure electricity generators, CHP units also convert almost all „waste heat“ of the electricity production into thermal energy fed into a heating water circuit. The delivered CHP unit type GG 70 VR produces not only 71 kW electricity but also 116 kW heat and reaches a total efficiency of 93 %.

Mobile CHP units can be deployed wherever the energy is most urgently needed. Moving between two locations, including connection work, takes only a few hours. These locations will probably be hospitals, administrative buildings, residential areas as well as educational and nursing facilities. The operational management of the systems will be taken over by the regional energy supplier whose staff we will teach the know-how necessary for commissioning and maintenance directly with online training and support.

When the current emergency situation is overcome in the hopefully near future, the CHP units can of course also be used stationary for the highly efficient supply of electricity and heat to buildings. In long run they can also be used for the same „classic“ task as in Germany, which is to supply an open-air swimming pool in summer and e.g. a school in winter. This would also tie in with SOKRATHERM’s first CHP project in Ukraine, where two GG 402 compact CHP modules were delivered in 2010 to supply a swimming pool in the Kiev area.

SOKRATHERM rises further within the ranking of CHP unit suppliers

Since January 1st 2022 the company adapt engineering GmbH & Co. KG located in Nordhausen is our sister company. The […]

In June 2021 the EU commission has approved the latest changes of the German law for the sustainment, modernization and […]

In November 2020 the most recent „BHKW-Ranking“ (CHP unit ranking) was published in the Energie & Management magazine. It comprises […]

At the E-world energy & water fair in February 2020 we have presented our well-proven compact CHP unit GG 50. […]

The capitals of Argentina and Germany, Buenos Aires and Berlin, have started a city partnership in 1994 and decided to […]

In more than three decades of cooperation we have developed a close relationship with the company MAN Engines: We have […]

Due to the continuous growth of our company the number of employees has risen to over one hundred in total. […]

On this year’s Hannover Messe we presented our new compact CHP unit GG 430 for the first time ever. With […]

At the ecobuild fair in March 2018 at the ExCel Exhibition Centre in London, our partner Innasol presented the innvoative […]

Double anniversary with premiere of the new company movie

40 years of SOKRATHERM / 25 years of CHP unit production in Nordhausen. In November 2017 we celebrated our company […] 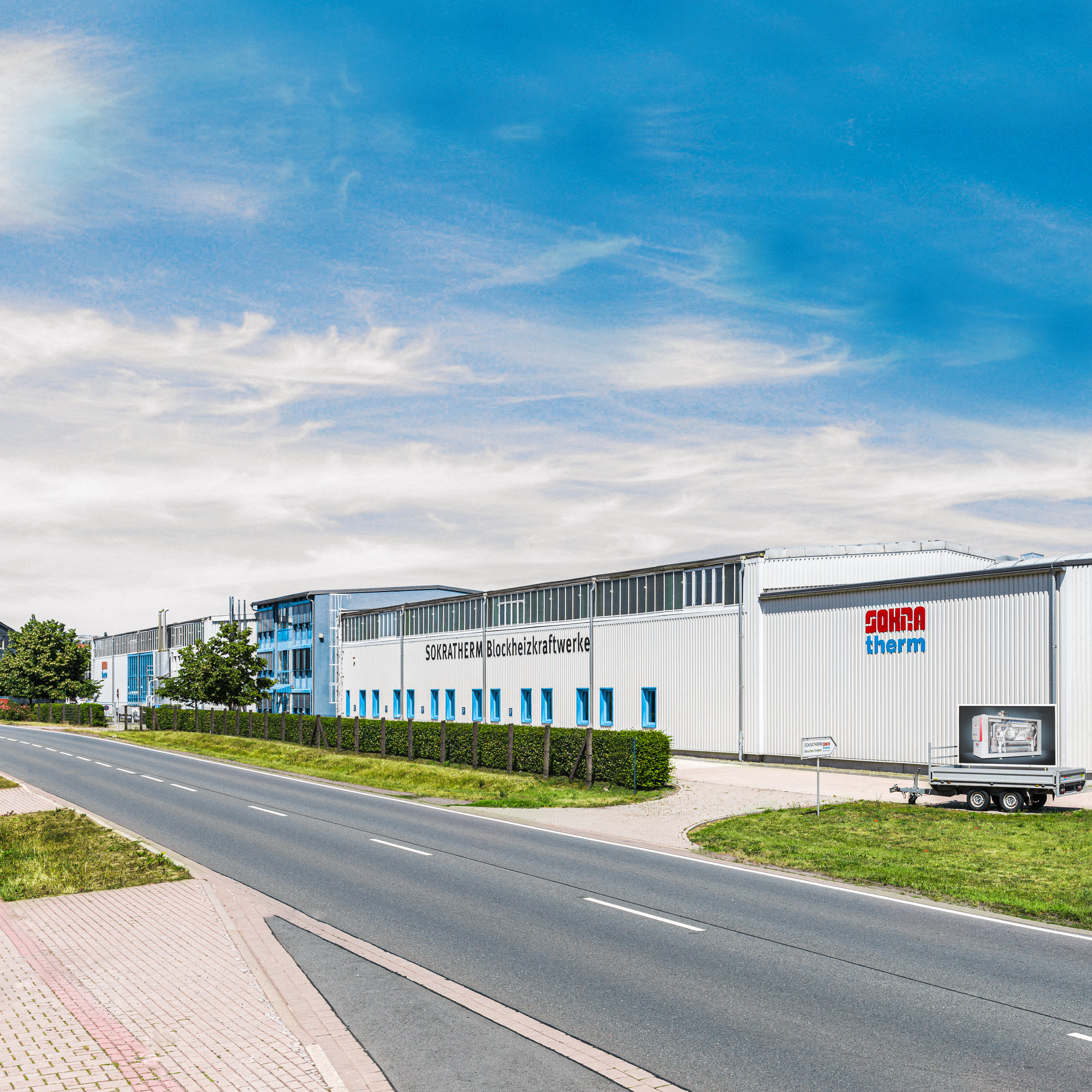