You are here: SOKRATHERM › EN › The company › News / Press › Double anniversary with premiere of the new company movie

Double anniversary with premiere of the new company movie

40 years of SOKRATHERM / 25 years of CHP unit production in Nordhausen.

In November 2017 we celebrated our company foundation 40 years ago and simultaneoulsy the foundation of our plant in Nordhausen 25 years ago. This double anniversary celebration was attended by numerous customers, suppliers and friends of the company as well as by political representatives of both company sites Hiddenhausen and Nordhausen.

In Nordhausen the staff has grown from 6 employees in 1992 to roughly 100 today. Together with their colleagues from the head office in Hiddenhausen and the sales offices in Germany, Russia and Poland a total of ca. 130 highly motivated people are working with the sale, project support, production and servicing of cogeneration units.

The mayor of Nordhausen Kai Buchmann stressed in his speech the relevance of the jobs created in the region, the regular awards for excellent apprenticeship and the important role of CHP units to accomplish the Energiewende. The mayor of Hiddenhausen Ulrich Rolfsmeyer pointed out the founder’s pioneering spirit and the success story of the family-run company which was rooted also in the award of SOKRATHERM’s mobile CHP unit. This BHKWmobil innovation developed for the open air swimming pool Hiddenhausen had been awarded in 1996 by the then federal minister for the environment Dr. Angela Merkel.

During the celebration interested guests were presented the CHP unit production, newly developed CHP unit types with further increased efficiency as well as the multiple possibilities of the inhouse developed remote monitoring and maintenance system RemoteManager.

One highlight of the celebration was the premiere of our (German) company movie which presents our company, the production of CHP units, typical CHP projects with our customers, our service concept and especially the people which work with and at SOKRATHERM. 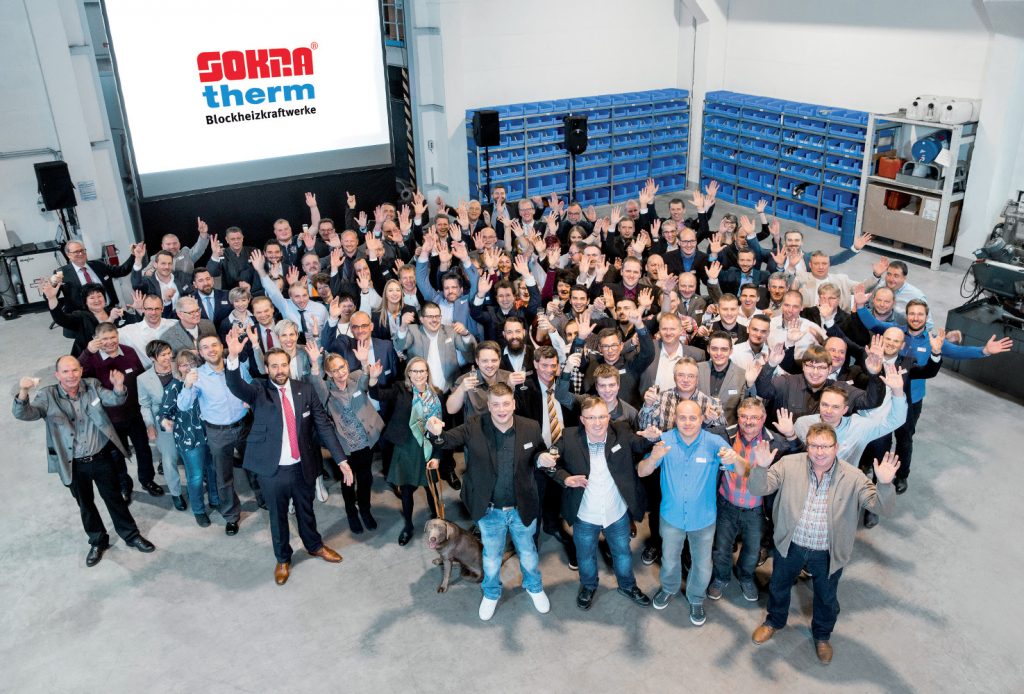 For over 40 years we find our drive in climate protection and continuously improve the energy efficiency and performance of our products.