Steam generation from the exhaust heat

The heat generated by a CHP unit in a standard 90/70 °C heating water circuit stems roughly half from engine cooling water and half from exhaust heat. At our compact CHP unit, the exhaust heat can be extracted seperately and led to an external  steam generator.

For example, the CHP unit GG 402 D in a meat processing plant produces ca. 280 kg steam per hour. A critical condition for the steam generation via CHP unit is that there also is a demand for the engine cooling water heat. In the mentioned CHP project, the 80/70 °C (flow/return) cooling water heat is used to heat up washing and process water. Another example is the Früh Kölsch brewery where the generated steam (ca. 180 kg/h) is fed into the brewery’s steam network and all other heat (including condensing heat and mixture cooling heat) is used to heat up the brewing water. The electricity is used in both examples for the production.

Due to their higher share of exhaust heat and the higher total heat output, larger CHP units with turbo engines are generally more suitable for steam generation than smaller CHP units with suction engines. 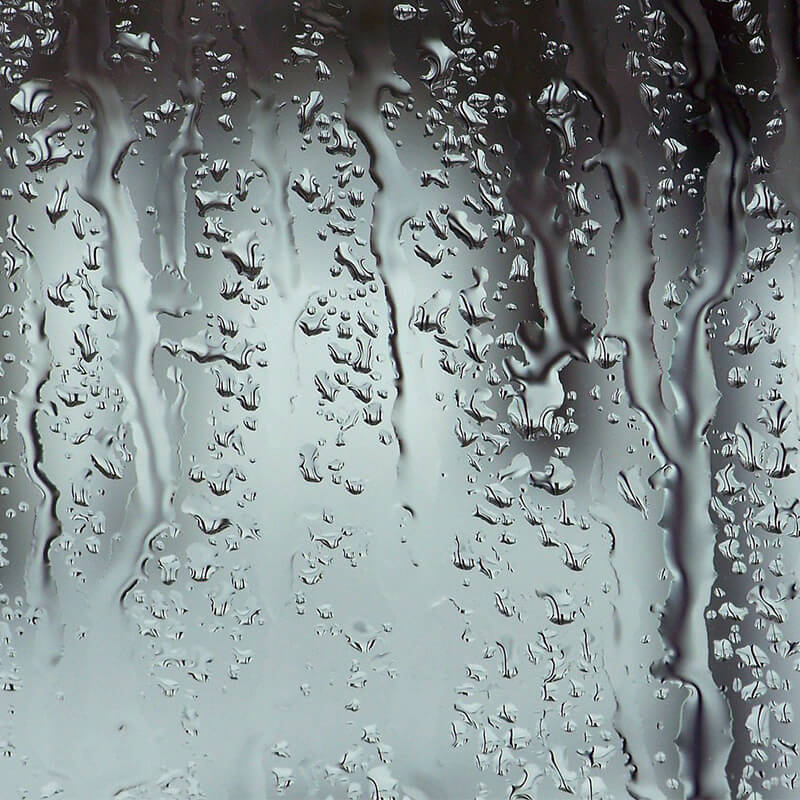 Condensing heat exchangers can increase the thermal power of of our CHP units by up to 15 % - without increasing their fuel consumption. 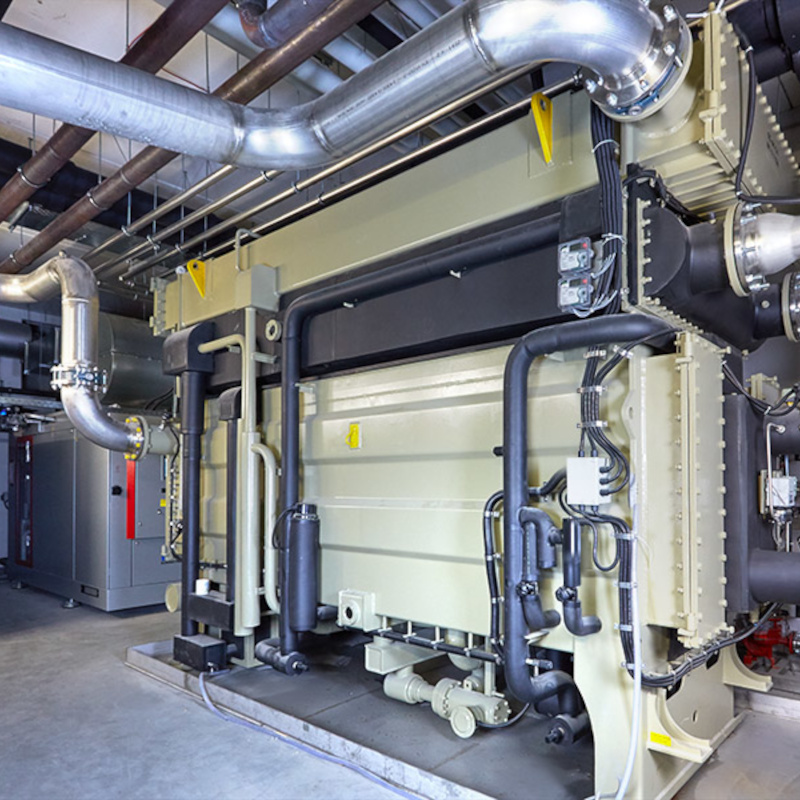 The heat of a 'hot cooler' compact CHP unit can e.g. be used to power an absorption chiller for trigeneration. 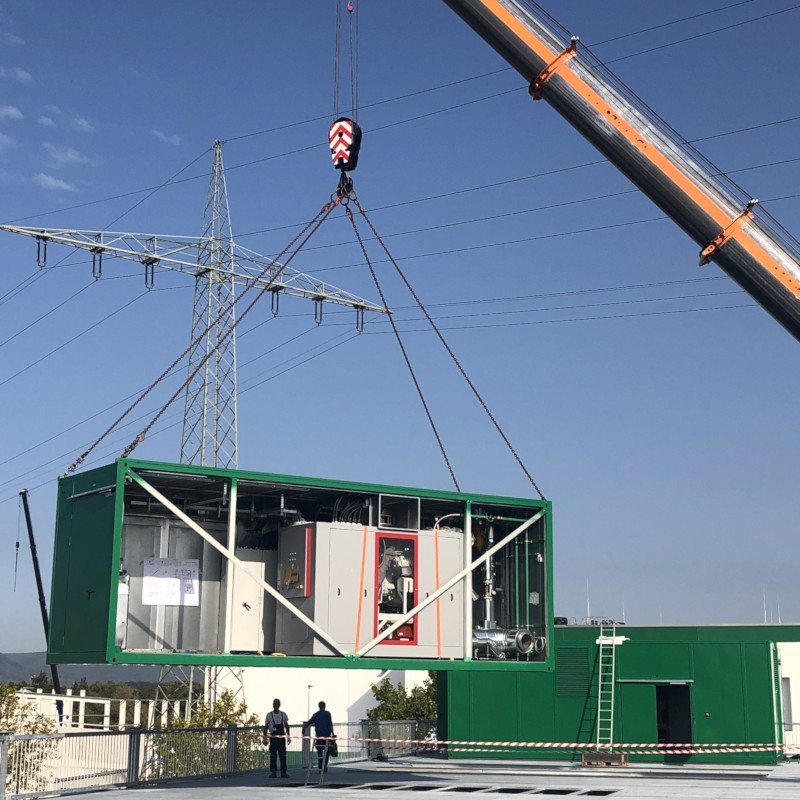 We design containers and concrete space cells for the outdoors placement of the CHP unit by your requests - inside and outside. 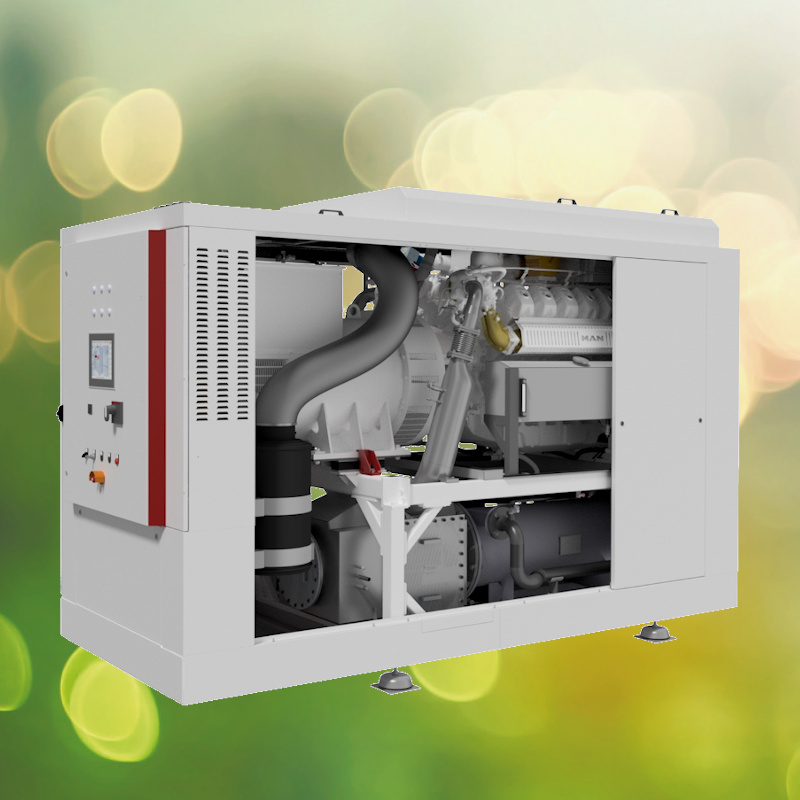 With the catalyst system fully integrated in the sound absorbing case our compact CHP units comply with all requirements of the 44th BImSchV. 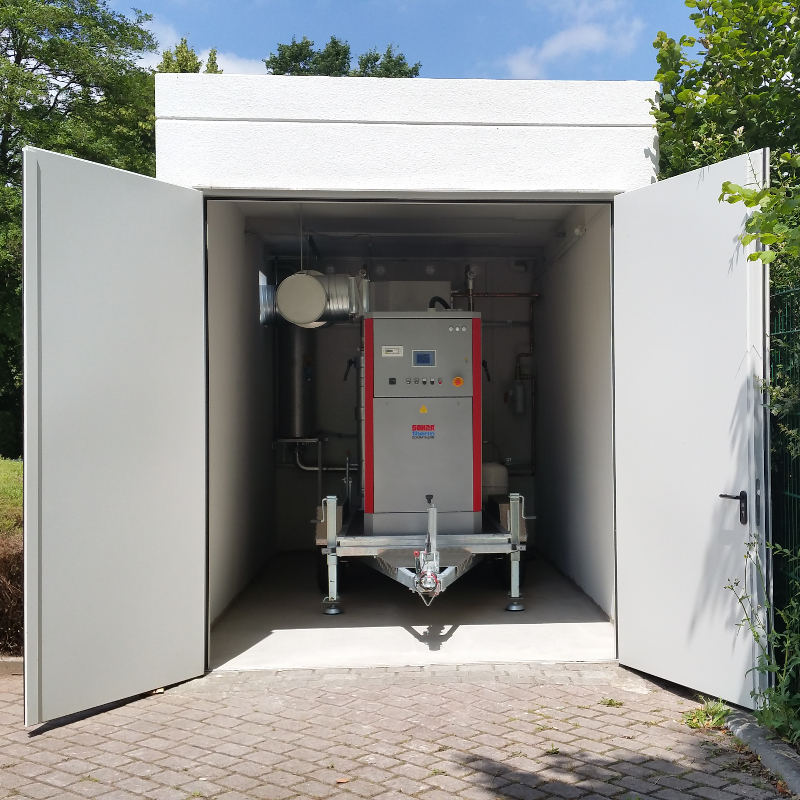 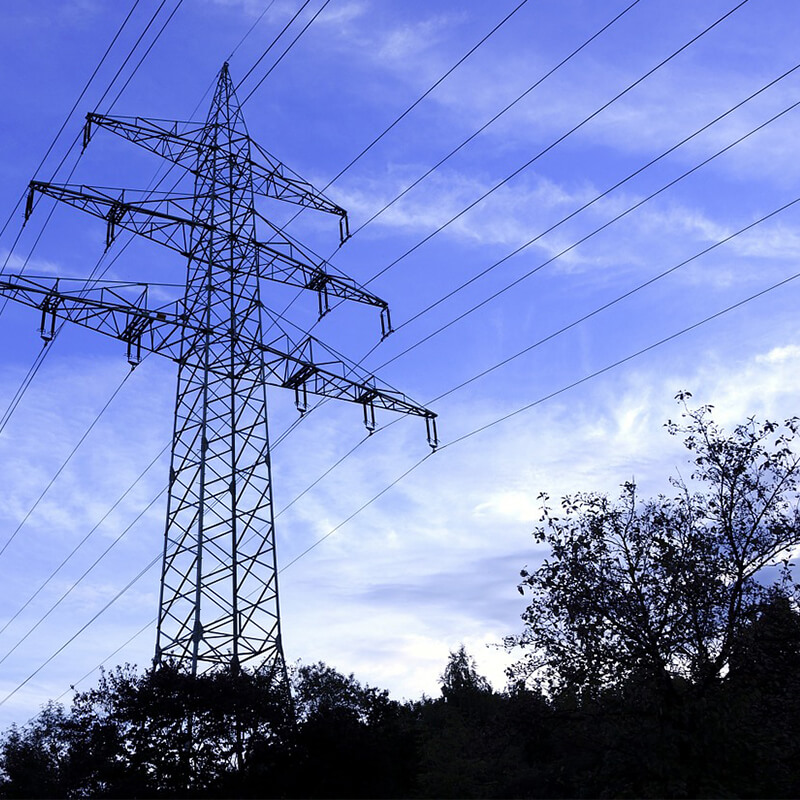 More power supply safety: Our CHP units can be equipped to provide emergency power in case of a mains failure or blackout. 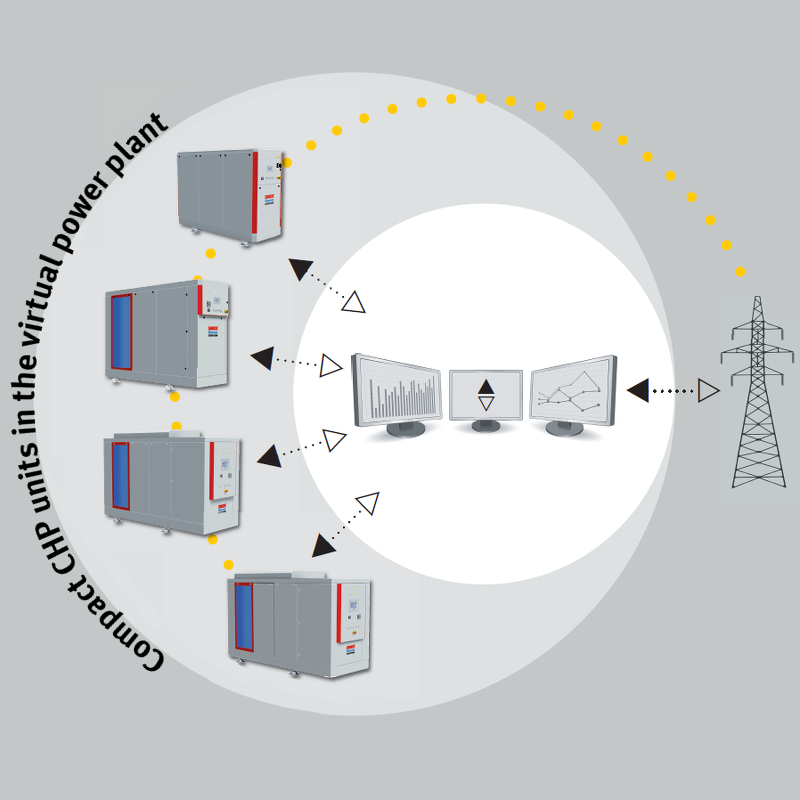 The SOKRATHERM interface can communitate with the systems of different balancing power providers at lower cost. 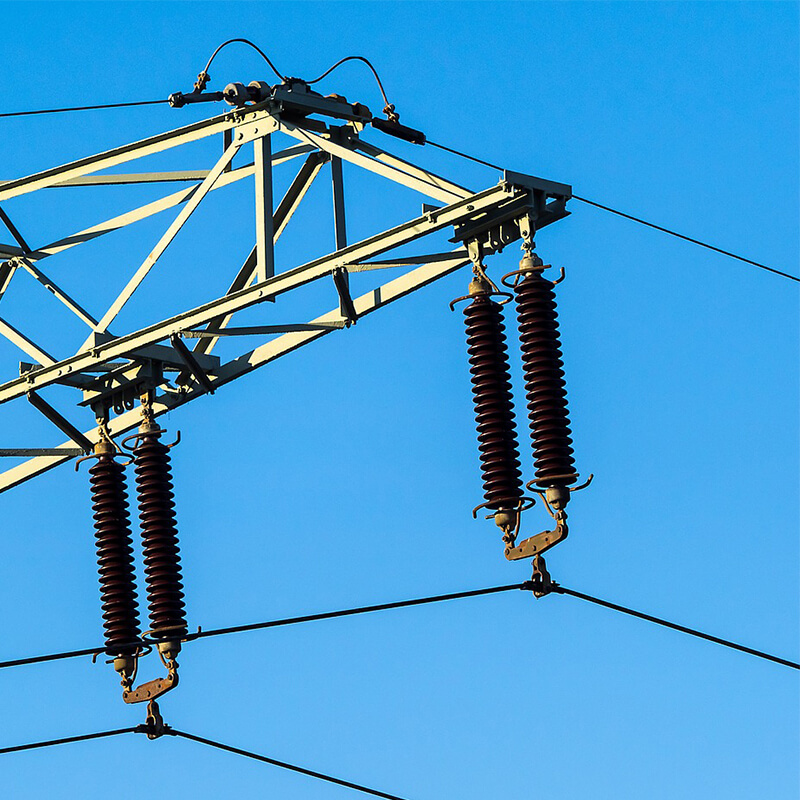 The zero feed-in control can make effectively stop power from being fed into the public mains by regulating the CHP unit's power production. 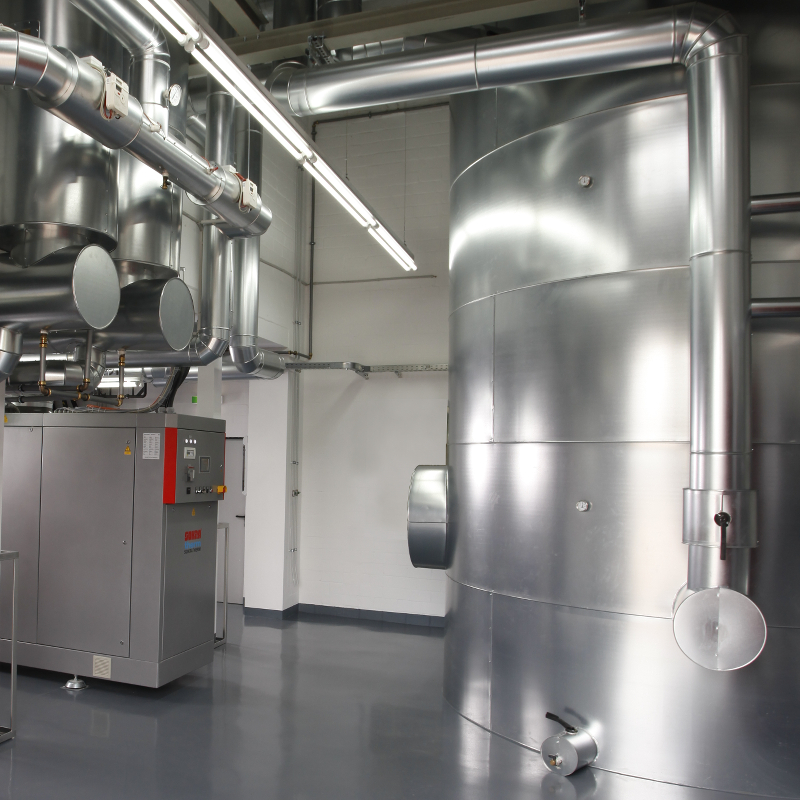 CHP surplus heat can be stored in a heat storage and ceded when it's needed to achieve a smoother and longer CHP utilization rate.